Haling from Hämeenlinna, Finland, The Blassics is currently a nine-piece live band which was founded by a production duo of the same name.  The Blassics champions the raw sound of funk.

On their records, the Blassics aims at capturing the explosive nature of their celebrated hypnotic live performances and to also highlight the highly evolved musical communication between the band members. The Blassics’ sound is akin to rough original funk seven inches with elements from afrobeat thrown in for good measure. However, the band does not settle for recycling the genre’s clichés but goes for a new sound of their own instead. Art is never standard, it tirelessly pushes towards unexplored directions. 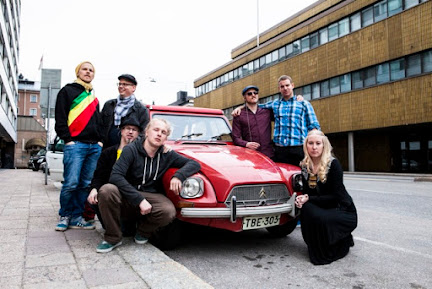 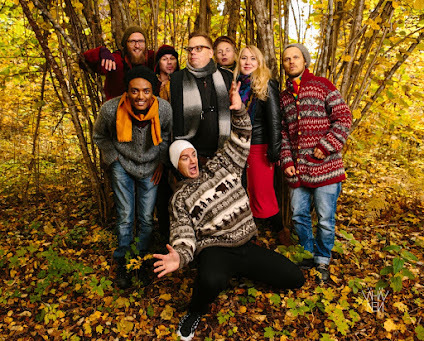 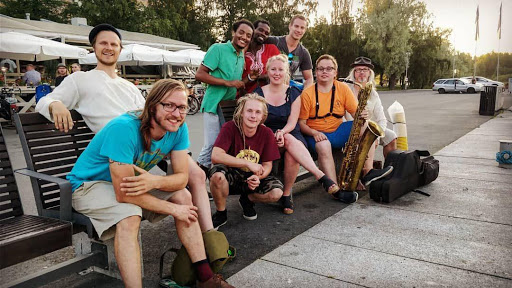 We Call it Real

Or so they say. This weekend, Dazed flew out to Lagos, Nigeria for the third annual MTV Africa Music.

Awards and spent a few days and some late nights meeting rap, R&B and kuduro superstars from across Africa: names like Banky W, Fally Ipupa, Daddy Owen, Cabo Snoop and Radio & Weasel, from Angola to Uganda, Democratic Republic of Congo and beyond, all huge stars in their own countries, selling truckloads of records despite rampant piracy and a rickety music industry. These guys are kind of the Jay Zs and Snoops of Africa, basically.

In a sincere way

Here's some rare footage by The Blassics jamming outside in Kaupunginpuisto, Hämeenlinna. Feel the autumn vibes of September 2017!! It's cool, alrite.

B2 track on Becoming Waves.

Just the other day we were sitting at the studio, listening to some of our demos and musical experiments and some vinyls we feel good with. When listening to this piece, we felt that there was some living-in-the-moment going on in there that we'd like to share. To us it is extremely important that such moments can emerge and can be felt. It's music, ya'll.

To see means to know? live at Suisto: This way begun the first public performance of the Odd Jazz collective. We wish a creative, warm and powerful new year 2017 for everyone.

Life is Great, Yeah! The 1st video release from the upcoming Blassics album to be released on March 2017. This is a non-mastered version of the tune. Peace, always!

Sakpata Bud: A funky tune from We call it real LP. Marvellous timelapse video by Ari Värri bringing in a story of a plane, among other things.

Ruff Strut: Shitty is pretty like they say. A side from the new Blassics 7", pressing of 300 copies.

The Dancers of Tanguelan: A mysterious and groovy opening gem from Odd Jazz vol. 1 LP. Check out Jouni Joronen on tenor sax!